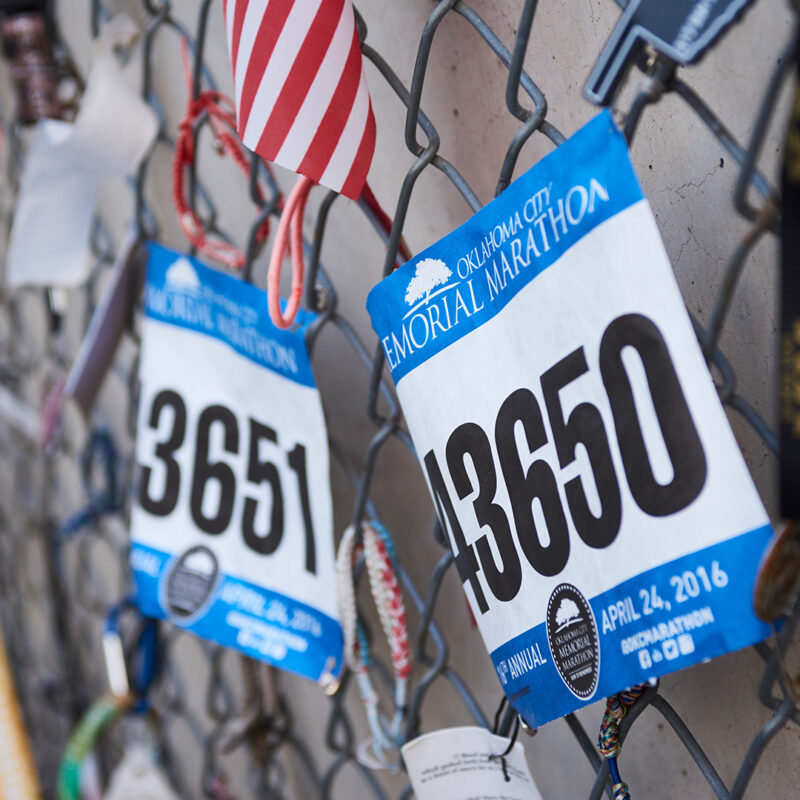 It began small, with just 5,000 participants in 2001. But in the years since, the Oklahoma City Memorial Marathon has become one of the “12 must-run marathons” in the world by Runner’s World magazine, with around 25,000 runners coming from around the world each April to honor the 168 victims of the 1995 bombing. Because this is more than just another marathon. It’s a celebration of life.

The Marathon is a Boston qualifying USATF sanctioned event on a certified (OK-08019-DG) 26.2 mile single loop course, and the event also includes a half-marathon, relay, 5K and Kids Marathon.

To learn more and to register online for the #RUNtoREMEMBER, please visit the OKC Marathon’s website.

Enter your email below to receive all the latest news from the Oklahoma City National Memorial & Museum.